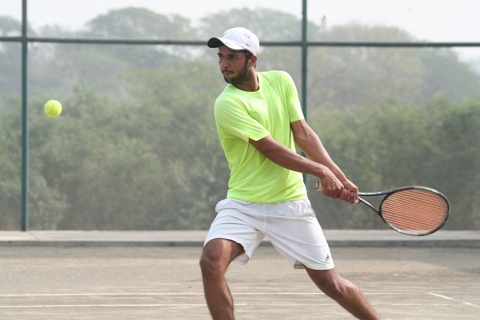 Muzamil Murtaza of south Punjab defeated No.3 seeded Heera Ashiq of Lahore in very well contested 2 sets match. Winning score of Muzamil in the quarterfinal remains 7-6(4), 7-6(5). Both the players showed outstanding fair play game but at the end Muzamil was too good for Heera.

Muzamil played powerful shots and did not allow Heera to settle down in both the sets and won the match. Muzamil Murtaza will now face No.2 seed Muhammad Abid in the Semifinal of the tournament.