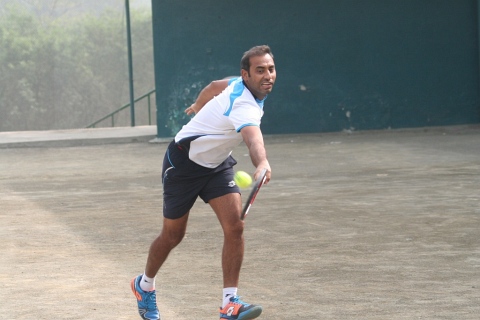 Amongst the favorites, Aqeel Khan won it against Shahzad PAF (Peshawar), who hardly escaped bagel with 6-1, 6-1 score set. Assadullah Khan was treated no better by an emerging star from Peshawar M. Shoaib, who won it straight with 6-1, 6-2. An interesting situation was observed in the match between Mudassar Murtaza and M. Usman, when none felt like losing it against well prepared opponent. Mudassar vs. Shahzad Khan in quarter final will be played as an upshot of Mudassar’s hard earned victory.

In a major upset between Khunsha Babar and Esha Jawad (amongst the top seeds) in ladies singles, Khunsha achieved a straight victory with 6-2, 6-2. Former Davis Cup Rashid Malik’s daughter Noor Malik won it against Shiza in a good match. Amongst athe other quarter finalists, Mehvish Chisties and Oreen Wazir are also prominent names.

Following are the results:
2nd Round Men’s Singles