Landikotal’s Khyber Eagle stunned Shams Football Club and booked the seat of grand final of the ongoing FATA Football Super League-2017 played at Qayyum Sports Complex, Peshawar. Final of the event will be scheduled to play at 3.00P.M on 25th October 2017. 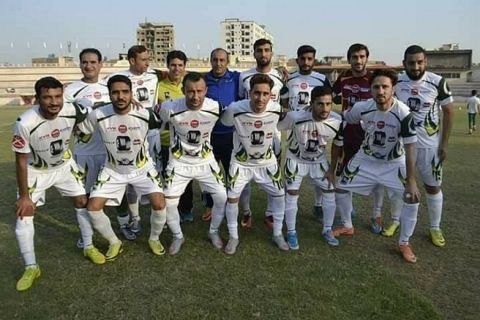 In the first semi-final Shinwari FC recorded a thrilling sudden-death victory on penalty shootout against Al-Haj Faw. Both the teams played a goal-less draw despite both have many goal scoring chances but due to poor finishing none of the team could get any lead till the 90-minute play.

The strikers Sana Ullah, Wajid, Waheed Ullah, Raees Afridi, Kamil Khan and left winger Sohail played well but failed to score any goal. On the other hand international players Atiq Shinwari, Awais, Izhar, Rasool, Waseem and Mohsin also played well along with goal-keeper Saqib but they were failed in converting their chances into goals.

To decide the fate of the match both the teams were awarded five each penalty kicks but both were tied after the penalty shootout and thus they were stretched to sudden-death penalty shootout in which Saqib saved the 8th penalty by guiding his team Shinwari FC to victory by 8-7.

In the second semi-final Khyber Eagle defeated Shams FC of Jamrud, Khyber Agency by 2-0. In the 5th minute the deep defender Laweed Shah intercepted the ball with his hand inside the box area and referee given it penalty kick in favor of Khyber Eagle which was nicely taken by Mansoor to the first goal.

After taking lead, Khyber Eagle put in more pressure to double the lead but till the end of the first session play they were failed to score any goal despite some excellent moves. It was the second session in which Shams FC Jamrud also got two easy goal scoring chances but Khyber Eagle goal keeper Ghazanfar nicely saved all the goal attempts.

It was in the second session when Samad scored a beautiful goal on the field attempt and guided his team to a convincing 2-0 victory. Shams FC Jamrud tried their hard to reduce the margin but failed and Khyber Eagle won the match by 2-0.

The Big Final match will be played at Qayyum Sports Complex, Peshawar at 3.00 PM between Shinwari FC and Khyber Eagles on 25th October 2017.