Shams Football Club of Khyber Agency booked the berth into the semi-final after recording 5-3 victory against Malik Saad Falcon on penalty shootout of the quarterfinals of the FATA Football Super League. 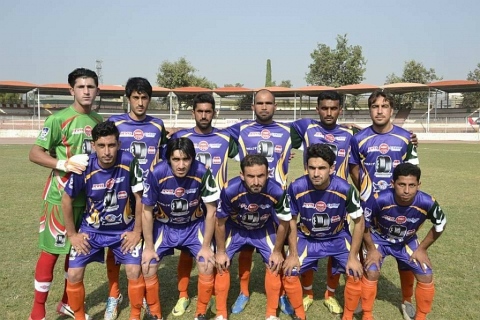 
The match was started on fast tempo and both Shams Khyber Agency and Malik Saad Falcon made some good rallies of attacks on each other goals. Shams also played well but their strikers were failed to score any goal as Malik Saad Falcon. The match was tied at the end of the first session play.

Zahoor and Tariq along with Rashid and Zulfiqar missed sure goal scoring opportunities, especially in the first session while Babar missed an easy target even after dodging the rival goal-keeper Nasrullah.

On the other hand Shams Khyber Agency goal-keeper Usman played well and saved some sure goal scoring opportunities with his super goal-keeping. The second-half was also ended a goal-less draw and 15-minute extra-time was given both Shams Khyber Agency and Malik Saad Falcon but none of the team managed to score a goal.

Muhammad Amin, Syed Imtiaz Ali Shah, Allowddin, Zeeshan, Arshad supervised the match while Qazi Asif acted as match commissioner. The two semi-finals will be played on Tuesday, 24th October while the final of the FATA Football Super League will be on October 25, 2017 at 2. 00 p.m.