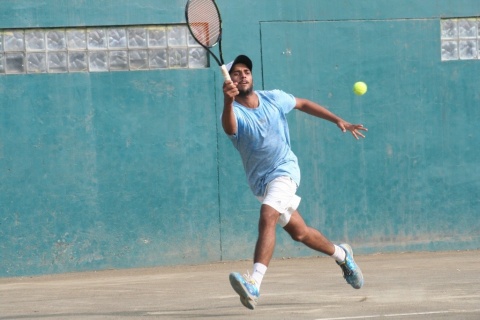 In the men's singles semifinals, Muzamil Murtaza played superb tennis against his brother Mudassar Murtaza and won the encounter 6-2, 6-4 to qualify for the final, where he will meet Muhammad Abid, who faced tough fight from seasoned campaigner Heera Ashiq before winning the marathon match 7-6, 6-3.

Both the singles finalists also managed to book berths in the men's doubles final. First Muzamil, pairing with his brother Mudassar Murtaza, outpaced the pair of Hamza Jawad/Imran Bhatti 6-3, 6-3 and then Muhammad Abid, partnering with Heera Ashiq, comfortably won the second semifinal against Irfan Mughal and Hassan Shaukat 6-2, 6-3.

In the boys/girls U-14 doubles quarterfinals,

Today (Thursday), all the remaining semifinals and finals will be played. Mr Adil Rokari, CEO NEW KHAN, will be the chief guest at the prize distribution ceremony. Tennis players, their families and tennis lovers will also be present on the occasion.