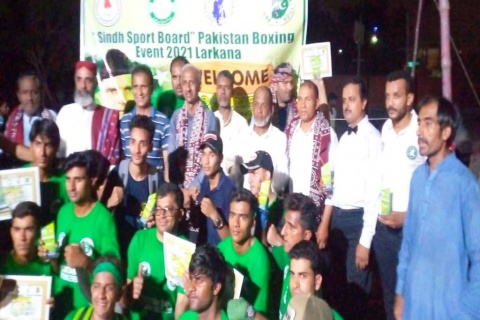 Earlier in the one day workshop, boxers, athletes and volunteers were given lectures on the new rules of International Boxing Association and their application. Senior class boxers from Mirpur Khas, Sukkur and Larkana teams participated in the one-day tournament. Earlier, the organizing committee Mr. Ashiq Ali Sheikh thanked the special guest and all the teams and boxers participating in the tournament. He hoped that they would continue to cooperate with us in such programs in Larkana.

Divisional Olympic Committee Larkana Secretary Mr. Shafqat Hussain Makani has stated that athletes are ambassadors of peace and brighten the name of the country in the world. And they need to be committed to education and discipline as well as their sport.


The results of the finals are as follows: