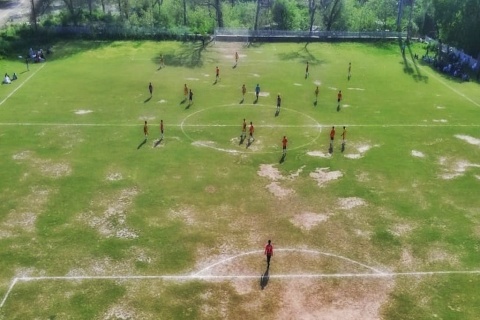 The National Under-23 Football Championship 2021, organized by Pakistan Football Federation and under the auspices of Abbottabad Football Association, is being held in Abbottabad from July 4, 2021 with 2 teams from Punjab, KPK, Sindh and Balochistan. One team each from Abad, Gilgit-Baltistan, Azad Jammu and Kashmir and FATA will participate.

All the provinces and regions are selecting their respective teams through open trials. Islamabad Football Association Secretary General Syed Sharafat Hussain Bukhari conducted trials of his region's team from June 18 to 20.

A seven-member committee was formed to select the players, with Tanveer Ahmed as chairman and Ghulam Mujtaba Baloch as coordinator, Raja Masood as coordinator and other members. Muhammad Ilyas, Shahid Siddique, Kamran Malik and Farid Ahmad.

The selected players will participate in a training camp to be held from June 22 to July 2, 2021 at T&T Colony Football Ground, Islamabad.

Camp Commandant will be Nasir Jamil while coach will be Farid Malik.

At the end of the camp, a final selection of 18 players will be made and the same team will leave for Abbottabad on July 3 to participate in the National Under-23 Football Championship.

For any query, Secretary General, Islamabad Football Association Syed Sharafat Hussain Bukhari can be contacted at 0300-8543492.