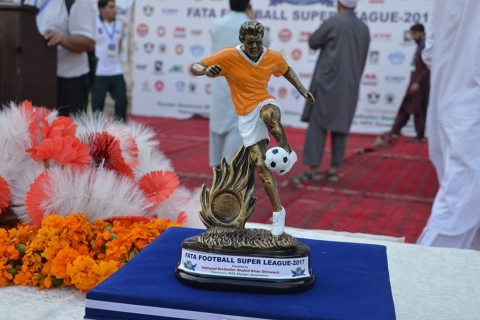 Pakistan’s current and former players, including Yasir Afridi, Mohammad Rasool, Mohammad Riaz, Mehmood Khan and Jadeed Pathan, will also be seen in action. All the participating clubs are hiring the services of departmental players.


12 teams are dividing in four groups


The leading two sides from each group will qualify for the quarter-finals, which will be held on October 19 to 20.

The best goalkeeper, the leading scorer and top technical officials will also get prizes.

He said that he wanted all the sports lovers to extend their support so that the event could be made successful. “This will help develop football in FATA,” Shahid said.