Pakistan’s tennis ace, Aisam ul Haq Qureshi lost in second round as his doubles campaigns at the French Open came to an end. 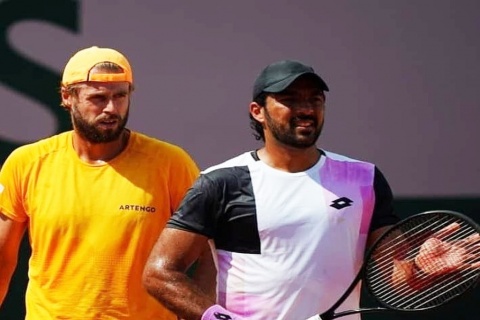 World no.52 in doubles ranking, Aisam ul Haq Qureshi alongside his Austrian partner Oliver Marach started the French Open 2021 campaign with a win in first round, but lost their second-round men’s doubles match which lost Pakistan interest in French Open 2021.

Unseeded Aisam and his partner Oliver Marach were pitted against seventh seeded pair of Jamie Murray & Bruno Soares in second round, the seventh seeds, were bidding for a third Grand Slam title together, while the 35-year-old Briton has also won two Grand Slam titles alongside Mattek-Sands.

Pak-Austrain pair fell to a huge 5-7, 1-6 loss to Murray and Soares, who were beaten 6-3 3-6 6-3 by Romanian Horia Tecau and German Kevin Krawietz in the men's doubles third round.