The Diya Women Football Club successfully hosted the 7 Aside Football Tournament 2021 for U-14 Children. 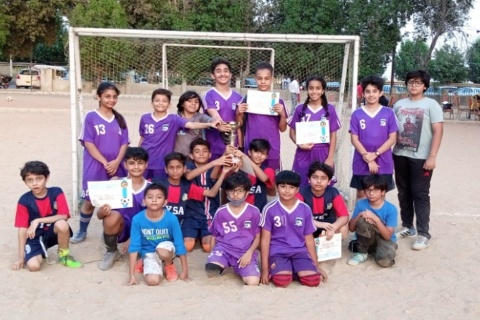 The most incredible objective of this Tournament was that any team participating could have a mix, all boys or all girls team.

Sadia Sheikh explained such tournaments teach you beyond the point of Winning or Loosing. It teaches you mutual understanding and respect for the opposite Gender which is lacking in our society or community.

Participated teams are namely stated below:

The Best players of the Tournament were:-