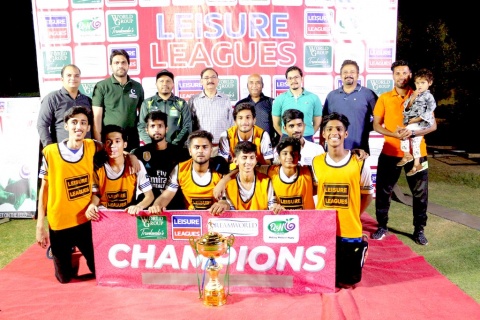 Raffay from Asics FC was adjudged as the Most valuable player of the tournament, while Amir Umer won the best goalie award.

The chief guest on this occasion was Brig. (R) Nusrat Hayyat Khan Director World Group. He spoke on the need for promoting the soft image of Pakistan through sports and commended the efforts undertaken by various groups of society to contribute towards this.