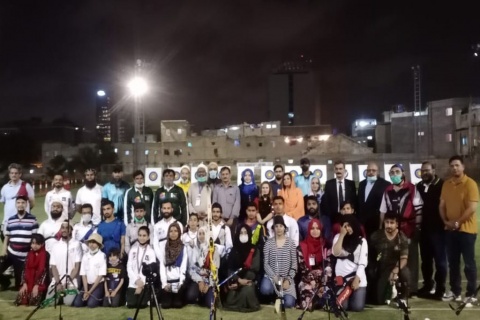 More than 200 junior and senior archers of Shar-e-Quaid participated in the event.

The event, which lasted from noon to night, featured archery competitions of 10, 18 and 30 meters.

For the first time in the event, the performance of archers was tested through a computerized scoring system.

According to the results, Raja Akmal of Quaid-e-Azam Academy bagged the first position in the men's category, while Rashid of Karachi University bagged the second position and Ehsan Zaman of National Archery Training Center bagged the third position.