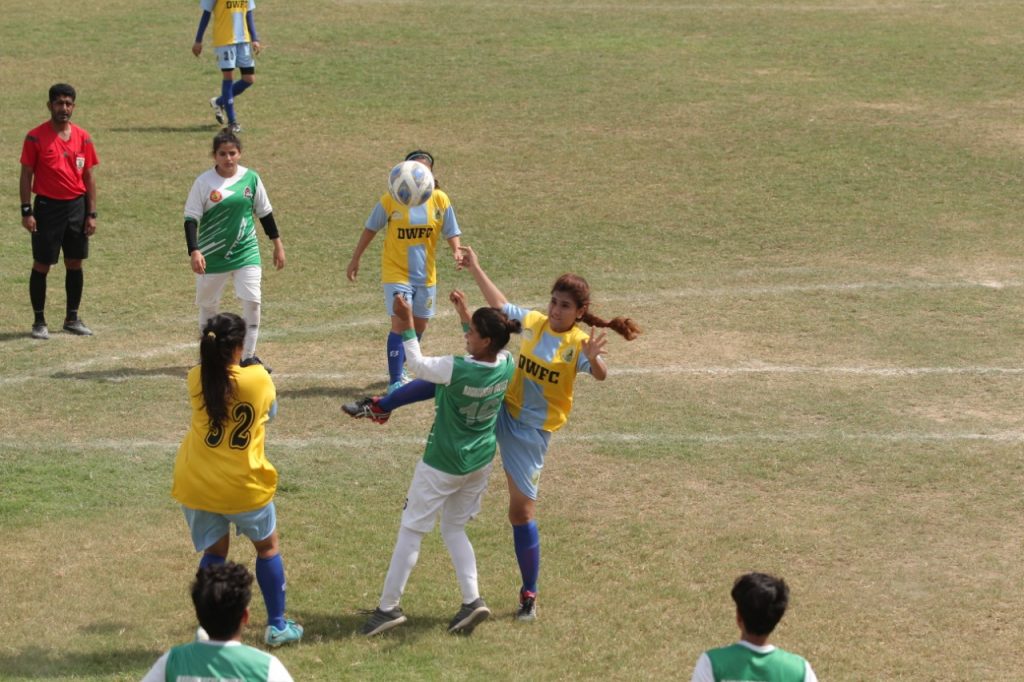 Army won their third encounter in a row by walloping Riaz Kamil FC 9-0 at the KMC Stadium. Now, Army is in a solid position at the top of the group 'C' standings with nine points. Hajra Khan and Rameen Fareed scored a hat-trick each for the Army while Eeshal Fayyaz, Swaiba Sarfraz and Rishail contributed with a goal apiece in the Group ‘C’ match.

In Group ‘D’, Diya WFC stronger their position by claiming the top stop of  Group D with nine points after a 9-0 win over Abbotabad’s Nawanshehr United FA.

Mohsen Gilani WFC easily shattered MUK FC 5-0 to claim their first three points in the competition. They are third in the group below Highlanders FC. Ayesha Shafiq (2), Shanzay, and Arisha (2) scored for MGWFC.

Wapda with 6 points is at top spot of Group 'A ', thrashed Hazara Girls FA 17-0 in their in recent match of the 2021 National Women’s Football Championship at the KMC Stadium.

No matches are scheduled to be played on 18th and 19th March.