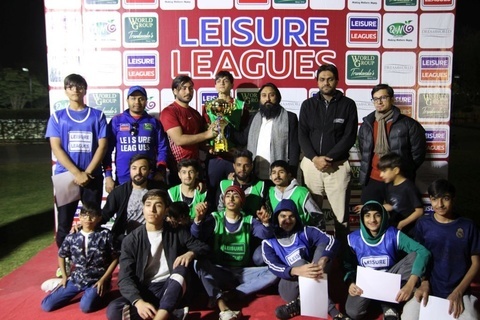 The match displayed talent from not only within the city, but from other regions as well. Two team Abdullah Academy & Baluch Club Surab joined from Khuzdar & Surab, Baluchistan to participate in the Leisure Leagues Winter Cup 2021.

The tournament was knockout based format with the first round having two-legged fixtures. Meanwhile the remaining Semi-finals and the final had single leg fixtures.

Khuram Shah CSD Head and Director of World Group Brig. Nusrat Hayat were the guests of honor on the occasion.