The Sindh Softball Association has announced that the 15th National Women’s Softball Championship 2021 will be held in Karachi in the first week of April. 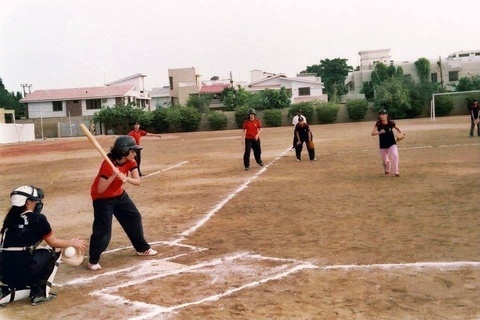 President of the Softball Federation of Pakistan Haider Khan Lahri has stated that the 15th National Women’s Softball Championship 2021 will be held in Karachi in the first week of April.

The Sindh Softball Association will host the National Championship in which departmental teams Pakistan Army, WAPDA, Pakistan Railways and Pakistan Police while Provincial Associations Balochistan, teams from Sindh, Punjab and Khyber Pakht­unkhwa will be invited to participate.

Pakistan Army won against WAPDA in the final game of 14th National Women Softball Championship while Pubjab finished at third.

Secretary General SFP Asif Azeem has announced that an SFP delegation will soon tour Malaysia to formally invite foreign coaches for the National Women Softball and to train the home players before the April event.

“As the host we will do our best to make the event a success. The players and officials of the participating provincial teams will be provided an ideal environment in the field of play, including accommodation, food, transport facilities so that they can showcase their talents with full unity.”