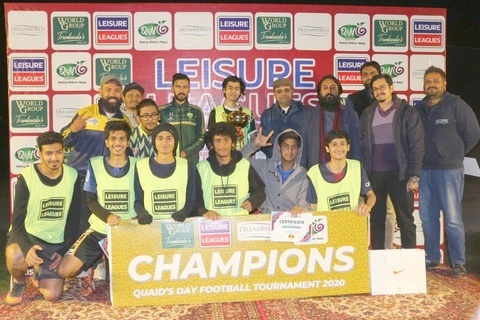 The match displayed talent from not only within the city, but from other regions as well. The runner-up team Abdullah Academy joined from Khuzdar, Baluchistan to participate in the Leisure Leagues Quaid’s Day Football Cup 2020.

Imran from Reads College was adjudged for the Golden Boot Award of the tournament for scoring 4 goals in the tournament and driving his team to win the title. Meanwhile Talal Shahid was nominated as the Best Goalkeeper from Dreamworld Gladiators for keeping clean sheets throughout the tournament.