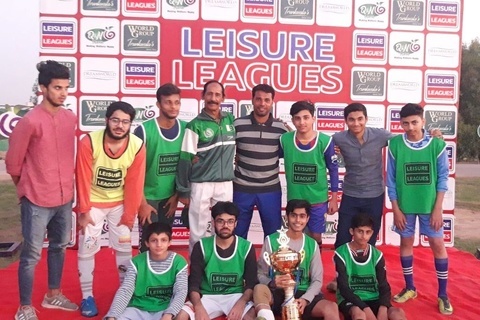 The event was held at Dreamworld Resort, Karachi to commemorate the International Children’s Day.

The final match was a thrilling encounter between Dreamworld team and Kiran Foundation Team. After a goalless draw, the result was decided over a penalty shootout.

A total of three teams participated in the tournament. The teams were Dreamworld, Kiran Foundation and The Warriors.

However, due to The Warriors not showing up for the tournament, the other competing teams received  a walkover for their respective fixtures.

Shahzaib from Dreamworld Team was adjudged Best Player of the Tournament,