Tigers of Mardan Khas bounced back after scoring three goals in just 10-minute and stamping victory in the ongoing Mardan Premier Football League being played at Younis Football Stadium, Mardan. 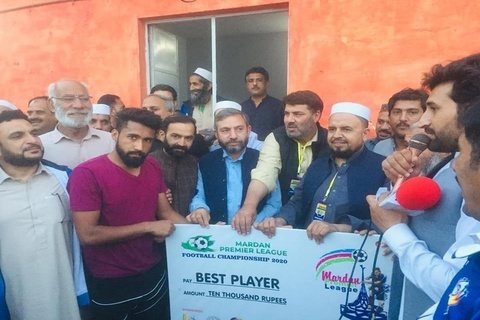 The opening match of the Sheikh Maltoon Warriors could not have begun in a better way as they won a penalty in the 4th minute and Rohoullah from Waziristan beat the goal-keeper with a right footed shot.

The Warriors dominated the opening 30 minutes of the first-half, however, Mardan Khas Tigers, who badly needed to win in this match as a loss would have converted their remaining 2 matches into 'must win Games'.

However, in the 37th minute, Tigers equalized thanks to Yousaf, national player from Chitral as he headed a well-directed cross in the back of the net. He put Tigers in front with another goal after 3 minutes with a beautiful run and close range shot, a performance that earned him the Player of the Match for Rs. 10,000.

The double strike from the Chitrali star was complemented by another national player Afaq from Jamrud who scored 6 minutes later to complete a complete turn-around for the Tigers in the dying minutes of the first-half.

Afaq scored again in the 57th minute with a long range shot with his left foot. Although, he missed a great chance for a hat-trick yet his second goal was arguably the best of the tournament so far. Warriors tried to fight back but were looking demoralized after the triple strike of the cornered tigers.

This big win put Tigers on top of Group B table after being at the bottom of the table and gives them a +2 (goal) difference, which will really help their cause to top the group and play the weaker team in the semi-finals.

A neutral referee, Mian Sarwar Shah from Nowshera officiated the match. All the goal scorers were awarded Rs 10000 by Manager of Mardan Khas Tigers, Abid Khan in a thrilling jubilation. 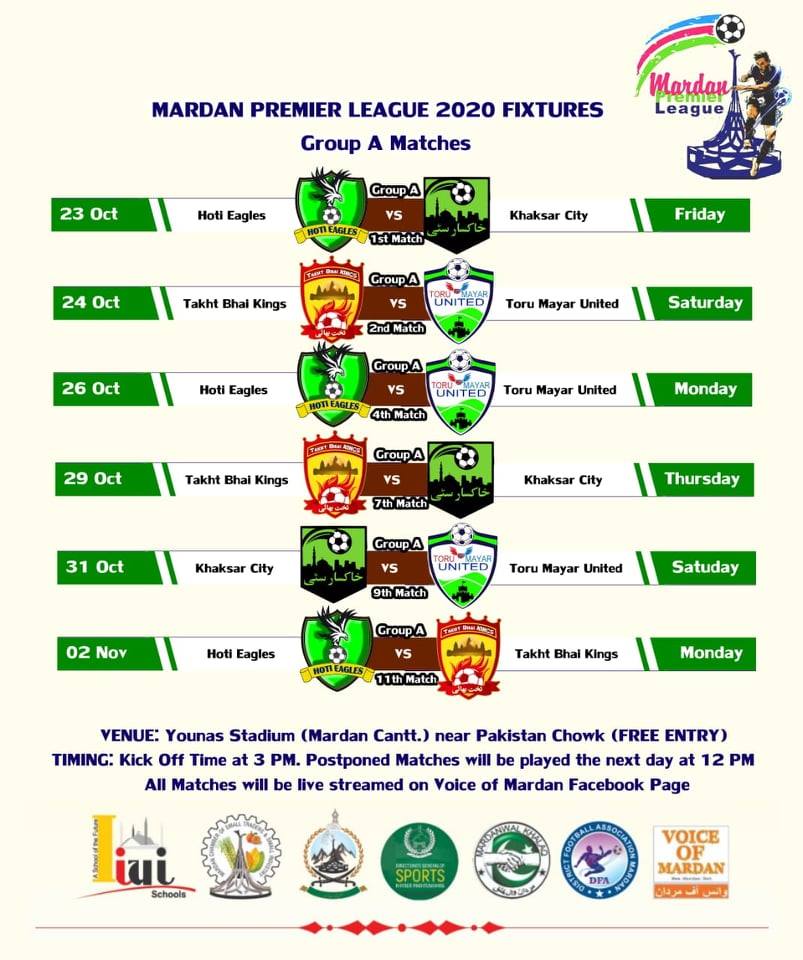 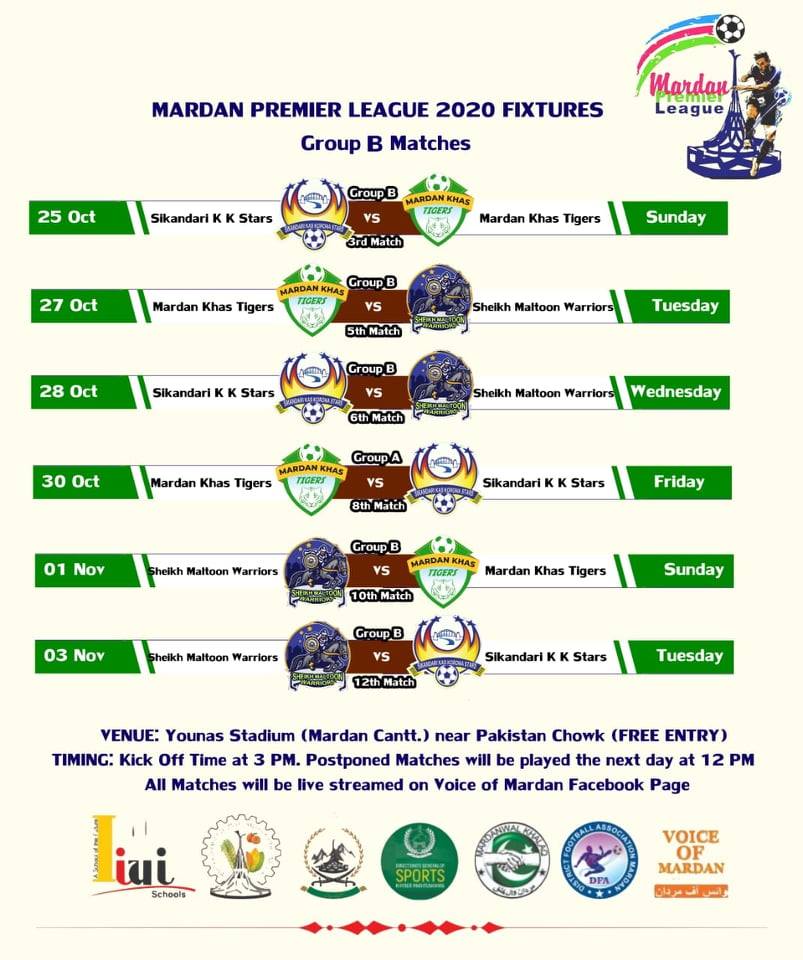