15 players have shortlisted for the final squad of Inter-Regional Boys Swimming Championship 2020. 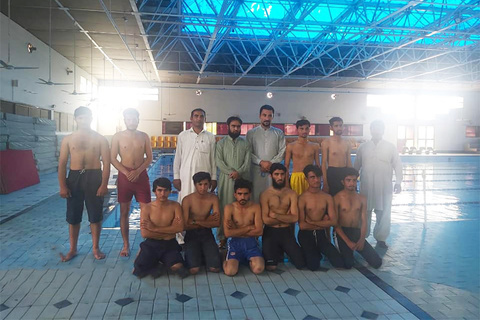 Inter-Regional Boys Swimming Championship in connection with the Under-21 Games organized by the Directorate of Sports Khyber Pakhtunkhwa, is going to start from today (Wednesday).

He said more than 40 players turned up for the trials and were kept in the training camp and out of that, 15 players have shortlisted for the final squad. Kashif Farhan Regional Sports Officer Swat has stated that the best players for the Inter-Regional competitions were selected through trials on merits.