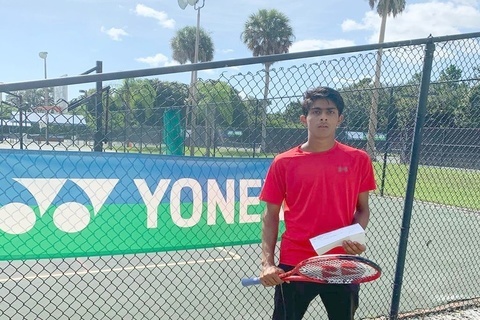 Pakistan has produced some great players in tennis with two of them – Aisam-ul-Haq Qureshi and Aqeel Khan ruling the nation's tennis scene during the most recent 15 years. Yet, with both the symbols coming to at the sunset of their vocations, Huzaifa appeared to be determined to expect the charge.

Former Asian No. 2 in under 14 category, Huzaifa secured the runner up spot at the tournament after losing against Poland’s W. Mroz. Pakistani was beaten by the Polish 5-7, 2-6 after a tough battle.

Huzaifa sealed the berth in the final after registering a superb win against L. Boulier of Chile in the semifinal.

According to the details, Huzafia took the first 7-5 after a seesaw battle. However, in the second set, he kept dominance right from the outset and did not allow his opponent to settle down, winning it by 6-1.