The Pakistan Cricket Board (PCB) has postponed the Pakistan Super League (PSL) 2020 on the day of the semi-finals amid the coronavirus outbreak. 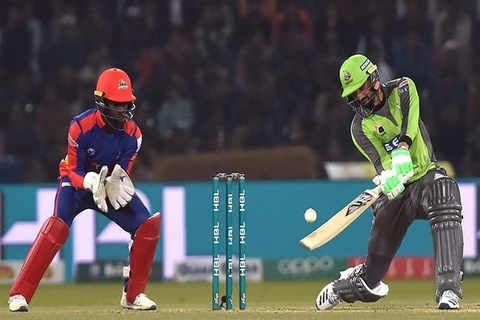 The Pakistan Cricket Board (PCB) has postponed the Pakistan Super League (PSL) 2020 on the day of the semi-finals amid the coronavirus outbreak.

According to details, PSL Season 5 has been postponed for an indefinite period after meeting between PCB and league franchises was held today. Reportedly, the decision has been taken in view rising Coronavirus cases in the country.

The two semi-final matches between Multan Sultans and Peshawar Zalmi, Karachi Kings and Lahore Qalandars have been cancelled. PCB will formally announce the decision shortly.

Former fast bowler Shoaib Akhtar agreed with the PCB's call, saying that "at this time of hour we needed to do what the world was doing". He added that "the PCB should have called off the tournament a week ago as without the crowd it was no fun."

Former cricketer Sikander Bakht suggested that the unfinished tournament can be concluded before the start of the next year. He said that even if a winner was not found, the PSL 2020 "achieved its target of showing the world that Pakistan is safe to stage major tournaments".

Table-toppers Multan Sultans and Peshawar Zalmi were scheduled to face off each other while the second fixture was between Karachi Kings and Lahore Qalandars.