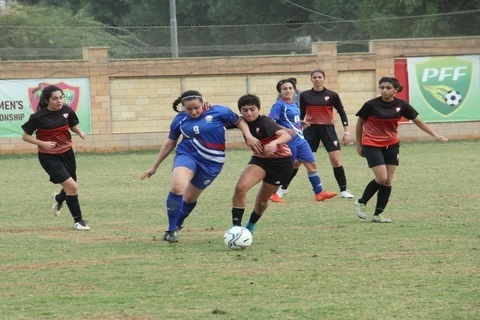 WAPDA WFC and Punjab WFC topped group A and B respectively as semifinal lineups of 12th National Women Championships were completed after the third day of competitions in Karachi.

In the first clash of the day of group A between JAFA WFC and Gilgit Baltistan WFC at Karachi United Football Ground, JAFA WFC grinded out a 1-0 win over their opponents.

Mishal scored the only goal of the game in the 10th minute as Gilgit Baltistan failed to equalise even after numerous chances. Both teams were out of contention for the semifinals.

JAFA WFC finished on the third spot of group A while Gilgit Baltistan had to be content with 4th place after failing to win a single game.

In an equally contested match, WAPDA managed to sneak past their opponents through a 90th minute goal by Dua.

The win put WAPDA at the top of group A followed by second placed Karachi United.

A similar story was seen in group B matches as out of contention sides DIYA WFC and Karachi Kickers WFC battled for pride at KPT Football Ground.

In a game dominated by DIYA WFC right from the start, the team hammered Karachi Kickers by 3-0.

Rabia opened the scoring after just 2 mins before Uroosa and Ameera scored in the second half to complete a dominating win.

Punjab WFC and Army WFC jostled for a first place finish in group B at KPT Football Ground.

In a contest of much importance, Punjab managed to overcome a sluggish Army side 1-0.

Zulfiya scored to give Punjab the laed in the 4th minute that remained intact even after Army's best efforts.

Captain Malika-e-Noor wasted Army's best chance of the game, missing from the penalty spot in the 18th minute.

The results of the third round also solidified the semifinal lineups which will take place on 10th January 2020.

Army WFC will take on WAPDA WFC while Punjab WFC will clash with Karachi United WFC for a place in the final.