After the complete dominance during the weekly matches, Zong team players earned the title of Total Football Corporate League 2019, which successfully wrapped up in Islamabad. 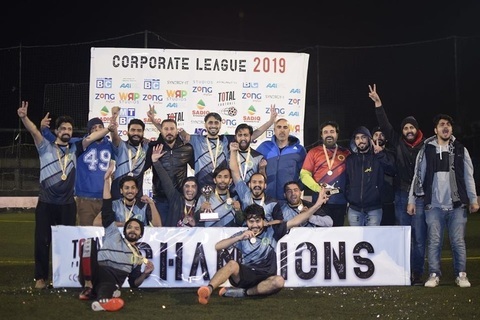 The fifth and last week of the tournament concluded with Zong team,  just like the last week, sitting atop the first position ensuring their overall victory of Total Football Corporate League 2019.

We R Play followed the winners on the runner up spot.

Bilal of the winning team took the title of the top goal scorer with his total 32 successful attempts while Sadiq Oil's Yasir Khattak stood at the second spot with 22 goals throughout the event. Sameer of Runner up team settled for the third position as he managed to score 20 goals in the league.

Total Football once again brought a one of a kind event named: Corporate Football League, where several teams battled it out with all their skills so as to be crowned the ultimate champions of the tournament but the honor went to Zong team, whose players put their hearts on the line to earn their team the title victory of the event.
The above mentioned football bonanza was played at Total Football ground in Islamabad for five complete weeks, where the matches were held three days a-week: Mondays, Wednesdays and Fridays from 06:30 to 10 PM. 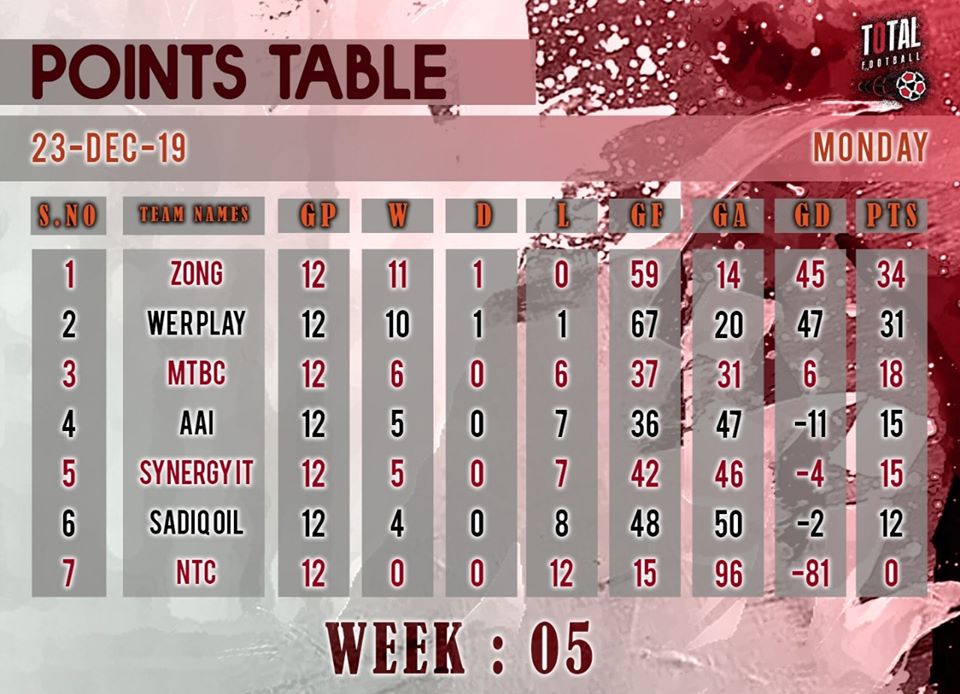