Pakistan's number one Wrestler, Muhammad Inam Butt is determined to make Pakistan Olympic Association (POA) for the athletes more effective so that it can help produce powerful players. 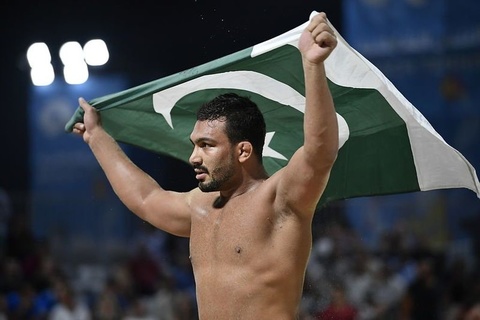 Twice the world beach wrestling champion Mohammad Inam Butt of Pakistan, as ambassador of Pakistan Olympic Association, seems very much firm on his plans for making it more effective for the athletes so it would be able to act as a guide towards producing more able and skilled players.
Inam said,

“Our athletes have enormous problems which need to be resolved. I plan to make the POA’s athletes commission more effective by inducting representatives from each federation. Initially I did not know exactly what my task as the chairman of the athletes commission was. I have come to know a lot about my responsibilities after attending a couple of international programmes.”

Such details like diet plans and training should be made known to the athletes. The future of the athletes resides with such commissions but at times, there isn't event medical insurance for them that ends up destroying their careers.
Currently there resides only six members at POA but there's a need for more. Ideally one person from each federation so that all sports disciplines could be covered and problems of the players could be resolved.

Inam is taking part in the upcoming 13th South Asian Games, which will be held from 1st to 10th December in Kathmandu and Pokhara, Nepal, for which he has been training without a state-sponsored camp and without the knowledge if there would even be any official camp after the National Games or not.