Northern dominated Balochistan in the final fixture of the National T20 Cup to be crowned the champions at Iqbal Stadium in Faisalabad. 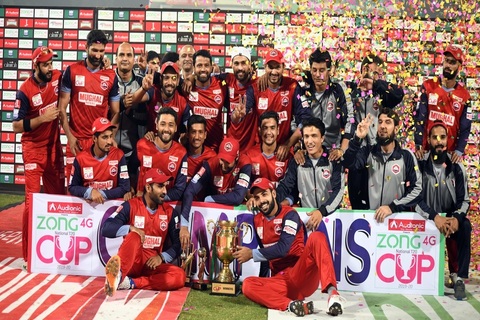 Northern romped to victory over Balochistan by 52 runs in the final of the National T20 CUP 2019/20.

Umar Amin, the opening batsman for Northern, hit a 38 ball 60 that included six 4's and three 6's to contribute the highest score to his teams final total of 167. Northern wobbled in the middle overs and were down five wickets for the score of 109 before Shadab Khan and Mohammad Nawaz put on a rescue act to take their team to a competitive total.

In reply Balochistan never found their feet from the get to. Sohail Tanveer, the highest wicket taker of the tournament, did considerable damage early on removing Imam-ul-Haq and Bismillah Khan in the same over to leave Balochistan reeling.

Imran Farhat and Awais Zia then put on a solid partnership to bring some stability to the run chase but after Imad Wasim had Awais caught and bowled their team crumbled under the mounting pressure.

Shabad Khan removed Imran Farhat and Haris Sohail to diminish any hopes of a miracle Balochistan team may have had.

Balochistan were eventually all out for 115 conceding the game by a margin of 52 runs in one of the most lopsided finals in recent memory of Pakistan's domestic cricket.

Umar Amin was awarded the man of the final honours for his superb batting performance.

In the presentation ceremony after the match, the top performers of the tournament were acknowledged.

Best bowler of the tournament went to  Sohail Tanvir for his haul of 14 wickets and Rohail Nazir nabbed the best wicket keeper honours for 7 dismissals.