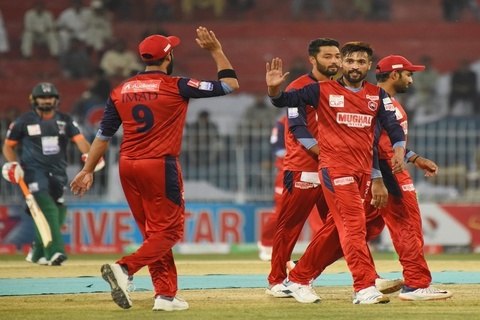 Northern beat Balochistan by seven wickets with three whole overs to spare in the last group game of the ongoing National T20 Cup. In the process the winning team manged to top the group table and will play Khyber Pakhtunkhwa in the Semi-Finals tomorrow.

Choosing to bowl after winning the toss, Northern manged to restrict Balochistan to a par score thanks to a wonderful spell by the young spinner Shadab Khan.

Shadab finished his four overs with 4 scalps and conceded only 26 runs in the process.

Balochistan looked lost while batting until a spirited Hussain Talat struck a 51 ball 77 that included nine 4's and two 6's to help his team finish with 155 on the board.

Northern did not have the best of openings as Umar Amin fell in the very first over of the chase without scoring but a huge stand between opener Ali Imran and two down Rohail Nazir calmed any nerves for the chasing side.

Ali Imran was run-out on 65 that came of just 37 balls and included eight 4's and two 6's. Rohail remained not out with the score of 55.

The victory ensured top of the table finish for Northern side while Balochistan finished second.