The three Pakistani fighters fell short in their performance at the first hurdle in the 2019 World Wushu Championships which are being held in Shanghai, China. 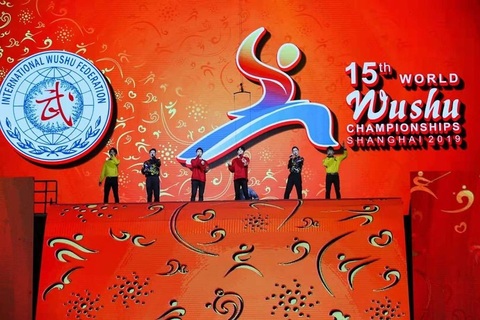 The World Wushu Championships (WWC) are held every two years by the International Wushu Federation (IWUF) that sees many countries from around the world participating. Wushu originated in China and P.R. China has always won the most medals in these competitions.
This year, the World Wushu Championships are being held into 15th successful edition in Shanghai city of China where fighters from around the world are seen competing with all their skills and talent so as to emerge winners in their respective categories.
Among several participating Wushu fighters, Pakistan fielded three of its best Wushu players which namely are: Maaz Khan, Mohammad Atif and Taimur Javed. but unfortunately, they fell on the very first day of this prestigious event.
Prize fighter of Pakistan, Maaz Khan featured in the 75 KG round of 16 where he lost to his Iranian opponent, Yousef Sabriabibegloo while Mohammad Atif was beaten by Abushairah Mohammad from Jordan in the Men’s 65 KG round of 32.
Pakistan's last hope for a medal, Taimur Javed, who had got bye in the round of 32 also lost to Tuan Anh LE of Vietnam in the round of 16.
Now the fighters are expected to return home tomorrow.
To Pakistani players performance, a senior official of Pakistan Wushu Federation (PWF) said,