Northern beat Sindh by 66 runs behind a strong all-round performance in the 10th match of the National T20 Cup 2019/20 being played at Iqbal Stadium in Faisalabad. 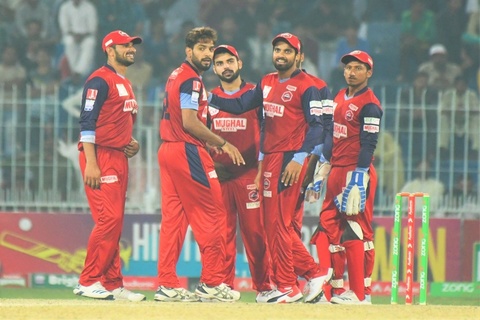 Audionic Presents Zong 4G National T20 Cup      Iqbal Stadium
Northern defeated Sindh by 66 runs in the 10th match of National T20 Cup at Faisalabad’s Iqbal Stadium.
Northern's captain Imad Wasim decided to bat first after winning the toss in the second game of the day but his team did not enjoy the best of starts as their opening batsman Ali Imran was back in the pavilion in the very first over.
Sohail Akhatar and Umar Amin shared a 102 run second wicket stand to steer Northern towards a decent total.
Sohail Akhtar finished with a 36-ball 63, smacking six fours and three sixes and Umar Amin managed to score 36 runs from 25 balls hitting two fours and three sixes.
Late blows from Asif Ali and Imad Wasim helped Northern post an imposing total of 191.
Asif scored 30 runs – which had three fours and two sixes – at a strike rate of over 187 and Imad scored 27 from 19 balls.
Chasing a huge total Sindh's opening pair of Khurram Manzoor and Ahsan Ali provided a decent start to the chase, but once the two batsmen were back in the pavilion, Sindh lost control of the chase and were all-out for 125 in 17.4 overs.
Ahsan with 29 was the top scorer for his team.
Northern bowlers were in complete control throughout the game. Each bowler used picked up a wicket at least. Shadab Khan led the attack with three for 28 in four overs. Mohammad Amir picked up two wickets for 18 runs.
Sohail was named man-of-the-match for his batting exploits.
At the end of the fifth day of the National T20 Cup, Balochistan lead the points table with six points  while Northern and Sindh are placed second and third with two wins each separated by net run rate.
Central Punjab sit at the bottom of the pile with a single win from their three matches.