Balochistan managed to beat Southern Punjab by 7 wickets thanks to a fighting fifty by Imam-ul-Haq after their bowlers had held Southern Punjab to a modest score of 144 in the 9th match of National T20 Cup 2019/20 played at Iqbal Stadium in Faisalabad. 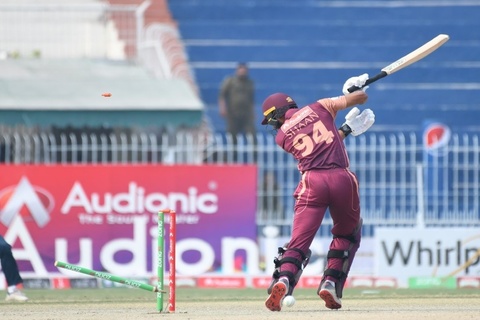 Balochistan managed to beat Southern Punjab by 7 wickets on the backs of a strong bowling performance and Imam-ul-Haq in the first match of the 5th day of National T20 Cup 2019/20 being played at Iqbal Stadium in Faisalabad.

After winning the toss, the team from Balochistan opted to bowl first and the decision paid dividends as emerging fast bowler Akif Javed managed to remove the opening pair of Mohammade Hafeez and Shan Masood in the very first over without conceding a single run. Balochistan's scorecard was a sorry sight as only Sohaib Maqsood managed to get into the thirties, falling eventually for 35. Much was expected of returning Shoaib Malik but he failed to add anything to the total as well.

Southern Punjab once again had to rely on Wahab Riaz's heroics who scored a valuable 31 from just 17 balls.  Aamer Yamin also managed to add 27 runs to the total, taking the final tally for Southern Punjab to 144.

Shan Masood, the captain for Southern Punjab, called on Mohammad Hafeez's expertise against the left handers to dent the chase for Balochistan. The decision seemingly backfired as both Imam-ul-Haq and Awais Zia swept and pulled their way to a decent start. The big lefty Mohammad Irfan managed to keep things tight from the other end.

Imam went on the score a quick fire fifty before controversially given run-out. There was a glimmer of hope for Southern Punjab as the inform Bismillah Khan was dismissed by Zahid Mahmood.

But Haris Sohail and Imran Butt steadied the ship and steered the ship home for a seven wicket win.

Southern Punjab bowlers took the game as close as they could but simply did not have enough runs to trouble Balochistan's batsmen.