Sindh defeated Khyber Pakhtunkhwa by 8 runs, while in the second game of the day, Balochistan comfortably beat Central Punjab by 27 runs to go top of the table in National T20 Cup 2019/20 in Iqbal Stadium, Faisalabad. 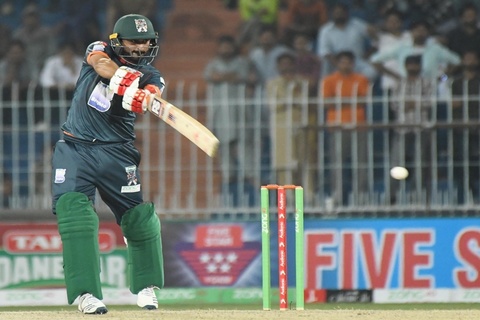 Audionic Presents Zong 4G National T20 Cup      Iqbal Stadium
Sindh beat Khyber Pakhtunkhwa by eight runs in the 7th game of the ongoing National T20 Cup 2019/20 to secure their second win of the tournament being played at Iqbal Stadium in Faisalabad.
Asked to bat after losing the toss the Asad Shafiq-led side scored 176 runs for the loss of 6 wickets in their permitted 20 overs. Most of the runs were contributed by the opening pair of Khurram Manzoor and Ahsan Ali who shared an 83 run opening stand. Ahsan Ali top scored for his side with a brilliant 37-ball 64, hitting eight fours and three sixes.
Saad Ali and Anwar Ali added quick fire runs to set a challenging total for the opposition.
The 25-year-old was later named man-of-the-match.
Usman Shinwari was the pick of the bowlers for Khyber Pakhtunkhwa conceding only 23 runs from his 4 overs and picking up a wicket in the process.
The team from Khyber Pakhtunkhwa began the chase in sublime fashion.The opening pair of Fakhar Zaman and Israrullah looked comfortable, picking up boundaries with ease.
Mohammad Husnain then dented the chase by dismissing Fakhar Zaman and one down Mohammad Mohsin on consecutive deliveries before Anwar Ali removed Israrullah to leave KPK three down before the end of the power play.
A 52-run partnership for the fourth-wicket between captain Mohammad Rizwan and Iftikhar Ahmed denied any further inroads to Sindh bowlers. The wicket-keeper batsman managed to keep the contest alive till the very last over before eventually falling for 70 to Anwar Ali. The KPK captain hit six 4's and two 6's but could not get his side over the line.
Ahsan Ali was awarded the man of the match honors for his 37 ball 64.
In the second encounter of the day, Balochistan easily defeated Central Punjab by 27 runs to move top of the table of National T20 Cup 2019/20.
Central Punjab won the toss and elected to field and managed to remove Imam-ul-Haq in the second over of the innings. This, however, brought inform Bismillah Khan to the crease who along with Awais Zia crafted a 61-run partnership to set the tone for Balochistan's innings. Both the batsmen managed to score fifties in consecutive games for their side. Awais Zia finished as the top scorer for his team with 56 but Bismillah's blistering 51 off just 23 balls was the reason his team managed to score 164.
His innings included seven 4's and three 6's.
Central Punjab began the tricky chase in fine fashion. Fresh off a hundred, Ahmad Shehzad looked comfortable playing his strokes while the number 1 batsman in T20I's, Babar Azam, seemed to be getting back in form scoring 30 off 20 deliveries. The pair managed to add 59 runs in the powerplay alone.
The wicket of Babar, though, spelled doom for the Central Punjab outfit as their batsmen kept getting out without adding much to the run chase. Only two batsmen managed to get into the double digits one of whom was the bowler Usman Qadir.
Amad Butt picked up three wickets for Balochistan while Umar Gul and Yashir Shah added a couple of wickets each to ensure an easy win in the end for Balochistan.
Awais Zia was given man of the match honors for his work with the bat. The win moves Balochistan to top of the table in National T20 Cup on net run rate. They are tied on points with Sindh.