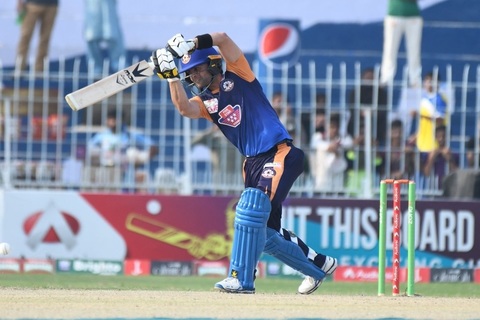 Ahmad Shehzad played one of the best innings of his life to help his team, Central Punjab, take down the massive total set by Northern.

In the first encounter of the third day, Northern won the toss and elected to bat on seemingly friendly wicket. The decision seemed to be the wrong one as Northern's lost 3 wickets inside 9 overs. But from there onward Muhammad Nawaz and Asif Ali combined for a 107 run stand that turned the tide towards the Northern team. Asif Ali continued the onslaught even after Nawaz fell for a well made 51. The power hitter showcased all his batting prowess in a quickfire 93 that came off just 35 balls. His innings included four 4's and 10 sixes.

Imad Wasim made a valuable contribution at the death overs of 22 from just 5 balls to take the final tally for Northern to 222/6 from their allotted overs.

Facing a daunting task, Ahmad Shehzad took the reins of the chase in a prolific manner even as his partners kept getting out cheaply. He produced a stroke making masterclass, milking the international standard bowlers of Northern team for runs all over the ground. His final tally of 111* included 13 fours and 3 sixes at the strike rate of 176.19.

He was awarded Man of the Match award for his blistering knock.