Northern team beat Southern Punjab with 5 wickets after a low scoring game while in the second encounter of the day Balochistan thrashes Sindh by 52 runs in National T20 Cricket Cup 2019/20 being played in Iqbal Stadium in Faisalabad. 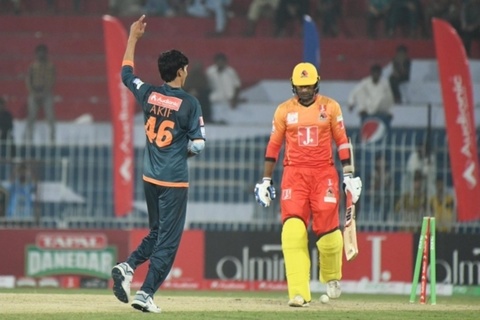 In their first encounter of the day, Northern triumphed over Southern Punjab with 5 wickets in hand on the backs of strong batting displays by Umer Amin and a man of the match effort by Asif Ali in the third game of National T20 Cup at Iqbal stadium, Fisalabad.

Having won the toss and elected to bat first, the Southern Punjab outfit could only set up a modest total of 135 due to lack of contributions from their reputed batsmen. Only Aamer Yamin managed to reach the thirties top scoring with 33 for his team. Mohammad Amir removed international batsmen Shan Masood and Sami Aslam earlier in the innings for a combined 11 runs and Sohail Tanvir chipped in with 3 wickets to make sure that Southern Punjab never set a challenging score.

In reply, Umar Amin anchored the Northern's innings throughout the chase despite an early burst from pacer Mohammad Irfan who took two wickets and conceded only 19 runs from his four overs. Asif Ali then later in the innings hit a 24 ball 44 that diminished any hopes Southern Punjab had of winning the encounter. His knock included 3 fours and 3 sixes for which he was awarded the man of the match as well.

In the second game of the day, Balochistan notched their first win of the tournament by thrashing Sindh by 52 runs. Having been sent to bat the Balochistan outfit scored a massive total of 233 runs thanks to fifties from Awais Zia and Bismillah Khan. The former scoring 77 from 48 balls. Amad Butt then polished things off with a blistering 31 from just 10 balls that included four 6's.

Chasing a mammoth total, Sindh never threatened with the bat enough to worry Balochistan after the fall of their top order batsmen. Abid Ali top scored for Sindh with 41.

Amad Butt contributed with the ball as well for Balochistan, notching up three scraps and earning man of the match honors for his efforts in the process.

The action will continue on the third day as well with Northern taking on Central Punjab and Khyber Pakhtunkhwa taking on Southern Punjab later in the evening.