Sri Lanka defeated Pakistan by 35 runs in the second Twenty20 International to seal the series and now the hosts are left to play the third and last match of the series today at Gaddafi Stadium, Lahore. 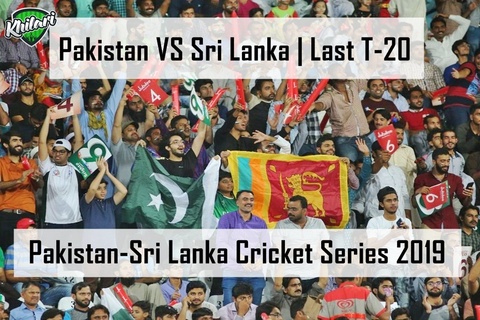 Pakistan-Sri Lanka Cricket Series (2019)      Gaddafi Stadium
The world’s top-ranked T-20 side, Pakistan have lost against Sri Lanka in the  Twenty20 International matches as the visitors sealed the series win, defeating Pakistan by 35 runs in second Twenty20 International match played on Monday.
And now the hosts are left with only pride to play in the third match of the series today at Gaddafi Stadium, Lahore; that will turn pink during the third T20 match as the Pakistan Cricket Board (PCB) joins hands with Pink Ribbon to create awareness about breast cancer.
A ceremony will be held before the start of the match which will be attended by Pakistan President, Dr. Arif Alvi and PCB Chairman, Ehsan Mani.
Sri Lanka have returned to Pakistan after a nearly two-year absence for three short-form cricket games: ODIs and the T20Is, among which the three ODIs have been played whose winners are being crowned the hosts, Pakistan Cricket Team while the 2 Twenty20 Internationals have been claimed by the visiting side, Sri Lankan Cricket Team as they have defeated Pakistan to seal the T-20 series already.
To which the former Pakistan team Captain, Misbah Ul Haq is hoping for a consolation win in today's game as he said,

“We have one last game remaining and still there is a chance for the players to reunite and to rethink what went wrong and to develop a spirit and confidence to perform better.”