After facing 64-run defeat by Sri Lankan Cricket Team in the first T-20 match, Pakistan Cricket Team is ready to face the visitors in second T-20 today at Gaddafi Stadium in Lahore. 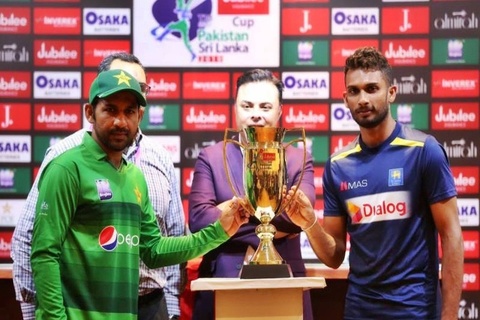 Pakistan-Sri Lanka Cricket Series (2019)      Gaddafi Stadium
To utter surprise of all, Pakistan lost their opening T-20 match against the second-leg, Sri Lankan team upset them in the first T-20 by 64 runs, and now Pakistan is set to face the visitors in second T-20 encounter today.
The very positive thing for home side in the T-20 series was superb performance by hat-trick boy, Mohammad Hasnain, who gave a glimpse of his potential by becoming only the ninth cricketer to pick up a hat-trick. More such performances from him and other bowlers can help the hosts win the second T-20.

Pakistan team Captain, Sarfraz Ahmad has promised to make a good comeback in the second T-20 against Sri Lanka saying,

“No doubt, we are the world No 1 side but again I say that in T-20 cricket, no team is weaker or considered under strength and after our defeat in the opening match we have looked into our weaker areas to get ready for making a comeback in the next game.”

Sri Lankan captain Dasun Shanaka expressed the resolve to build up on the success of opening match to put up another good show against Pakistan as he said,

“Definitely after the victory, we are more confident and our players are eager to perform well and we will be aiming for win when we go into today’s game. I again expect from my side an all-round show, both from bat and ball, to beat Pakistan. I expect a lot from my young side, whose all players are determined to perform the way they performed in the opening match and I anticipate a better performance from them in coming two games".