Enabled by fifties from openers, Fakhar Zaman, Abid Ali and Haris Sohail, Pakistan romped to a 5 wicket win in the third and last One-day International against Sri Lanka to complete a 2-0 series victory at National Stadium, Karachi. 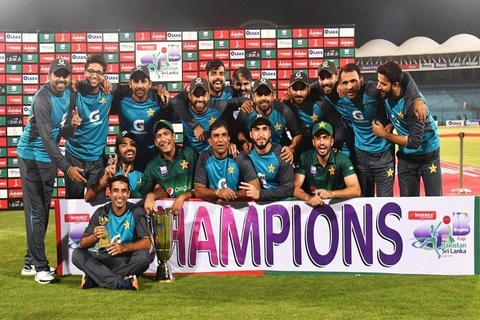 Following Friday’s opening encounter of the scheduled three-match rubber being abandoned due to unseasonable rains, Pakistan headed into the final fixture on the back of their 67-run victory in the second match staged on Monday.

But contrary to predictions, it wasn’t really easy for the Pakistan. Sri Lanka, effectively the country’s second string team in the absence of 10 front-line players, made sure that Pakistan would once again work hard for the win.

Considering the fall of Sri Lankan team at Monday's fixture, it was opener Danushka Gunathilaka’s impressive 133 which helped the tourists made a match out of it in yesterday's match. Although in the end, the Pakistan did cruise to a comfortable win, their highest successful run-chase in three years but Sri Lanka can take pride in the fact that even in the absence of their top players it was no mismatch.

The hosts were sloppy in the field and weren’t really in command with the ball either. The likes of seasoned pacer Wahab Riaz, who gave away 81 runs, allowed Sri Lanka to post a respectable 297 for 9.

Opener, Imam-ul-Haq’s hand injury proved to be a blessing in disguise for Pakistan as his replacement – Abid Ali – hit a delightful 74 from 67 balls to play the lead role in an opening stand of 123 from 19.3 overs with Fakhar Zaman. By the time Abid, who hit ten sweetly-timed fours, fell to spinner Wanindu Hasaranga, Pakistan were already in a very solid position.

Babar Azam, began from where he left on Monday, as hit a few fluent shots before falling to pacer Nuwan Pradeep for 31. Pradeep also scalped Fakhar with a short ball. Fakhar top-scored with 76 from 91 balls. Skipper Sarfraz Ahmed promoted himself to number four but didn’t really impress in a 33-ball 23. It was Haris Sohail’s 50-ball 56 which kept Pakistan on course while Iftikhar Ahmed chipped in with an unbeaten 22-ball 28 as Pakistan won with 10 balls to spare.

The most disappointing aspect of the game was that once again just a few thousand fans turned up to watch the game. Earlier, Gunathilaka’s handsome 133 off 134 balls headlined an excellent outing for Sri Lanka’s decidedly second-string top order.

No one else crossed 50, but Lahiru Thirimanne and Minod Bhanuka both contributed important 30s in Gunathilaka’s company. Dasun Shanaka’s 43 off 24 then provided the late firepower that saw Sri Lanka make 50 in the last five overs. Shanaka benefited from repeated fielding errors, as well as a no-ball from Wahab Riaz, off which he had been dismissed.

Mohammad Amir was the best of Pakistan’s bowlers, taking 3 for 50 - Gunathilaka among his victims.

Gunathilaka had struck pretty boundaries in the previous ODI as well, but this time, there was better defence to go with the elegant strokes. He hit fours through fine leg and cover in the second over of the innings, then followed them up with four more regal boundaries inside the Powerplay, with only the occasional play-and-miss through the new-ball period.

His 88-run second-wicket partnership with Thirimanne, who made 36, was the best of the innings. But Gunathilaka also made fifty-run stands with Angelo Perera and debutant wicketkeeper-batsman Bhanuka. Only Bhanuka, who hit 36 off 39 before being run-out, contributed more to one of those stands than the opener.

Gunathilaka reached his hundred - the second of his ODI career - off the 100th delivery he faced but did not lose concentration after reaching the milestone, despite obviously having tired in the Karachi heat. It was not until the 45th over in which he would be dismissed, making room and missing an Amir yorker. He had hit sixteen fours and a majestic six over long-on off Wahab during his stay.

Shanaka was caught twice in the final over of the innings but was called back to the crease on the first of those occasions, after Wahab was shown to have overstepped. He had arguably been more fortunate in the 46th over of the innings - also bowled by Wahab - when on two separate occasions, fielders on the leg-side boundary allowed balls to slip through their fingers and on to the rope. He struck five fours and two sixes in all - his hitting now in good shape ahead of the T20Is, in which he will captain.

The two teams will now travel to Lahore where they will meet in a three-match T20I series to be played from 5 to 9 October. 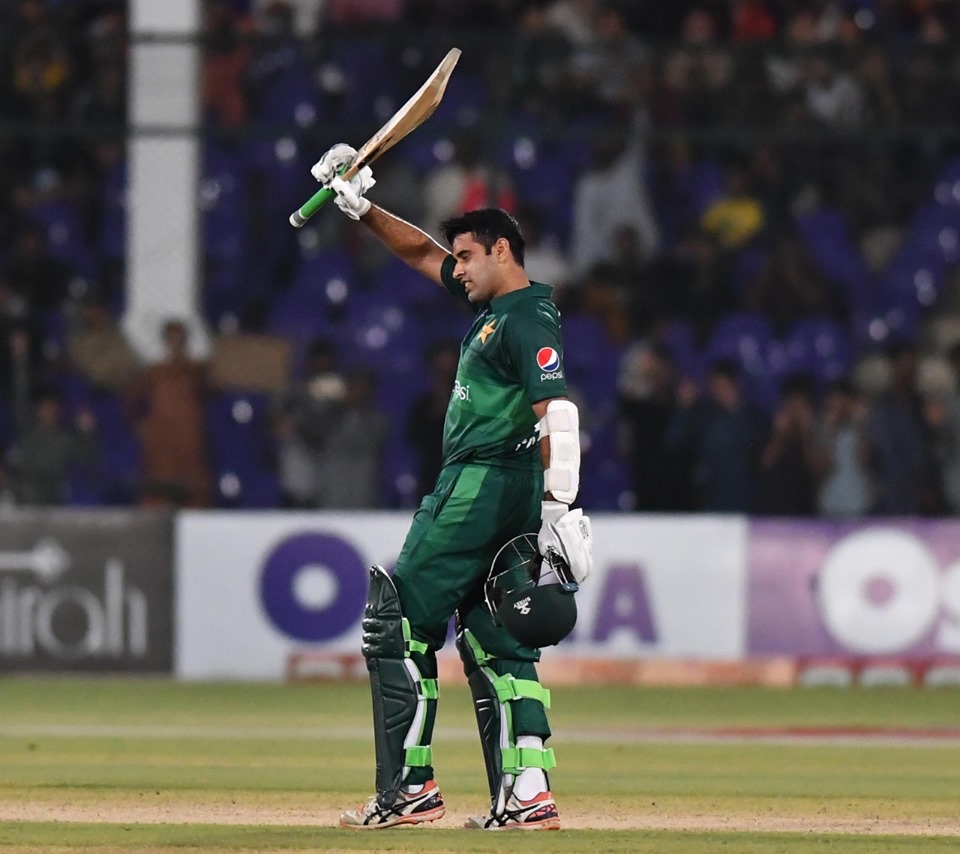 Man of the Match: ABID ALI