Pakistan National Team’s Head Coach and Chief Selector, Misbah Ul Haq has named a 16-member squad for three-match T20I series against Sri Lanka to be played from 5 to 9 October at Gaddafi Stadium in Lahore. 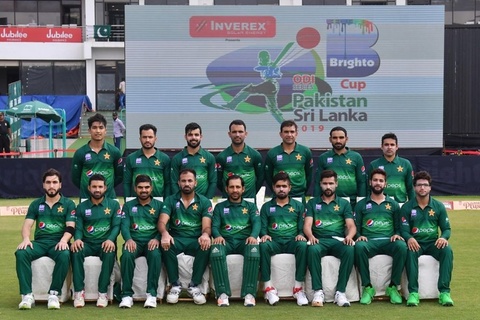 After a 2-0 historic triumph of Pakistan National Team against Sri Lanka in ODI series yesterday, now both the countries are set to face each other in T20I series which are all set to commence from 5th October to continue till 9th October at Gaddafi Stadium in Lahore.

To addition of the above mentioned players, PCB spokesperson said,

“Ahmed last featured in a T20I in June 2018 against Scotland, while Umar’s last appearance in the same format was in September 2016 against the West Indies. Faheem last played for Pakistan in a five-match away ODI series against England in May this year while Imam has been left out of the T20I side due to an injury in his left-hand, which he sustained while fielding in the second ODI against Sri Lanka on Monday."