Karachi braces itself for first taste of ODI Cricket in a decade as the first ODI match of Pakistan-Sri Lanka Cricket Series (2019) will be played today at National Stadium. 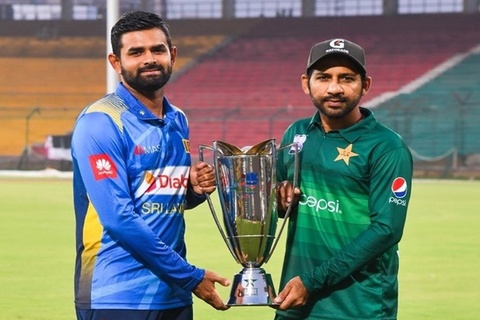 After the long-awaited first One-day International in Karachi falling prey to heavy rains, the scene is now set for Pakistan and Sri Lanka to slug it out in the second fixture of the originally scheduled three-match series at the National Stadium today. It has been ten years since Karachi saw its last ODI.

According to the original programme, Pakistan was scheduled to host Sri Lanka for two World Test Championship matches in October before Sri Lanka return for three ODIs and three T20Is in late December. The decision to swap matches was made following a ‘phone discussion between Pakistan Cricket Board (PCB) Chairman, Ehsan Mani and Sri Lanka Cricket (SLC) President, Shammi Silva to which Sri Lankan Cricket Team have now reached Pakistan to play three ODIs today, on 29th September and 2nd October while Lahore will host three T20Is on October 05, 07 and 09 after which the visitors will fly back to home on 10th October.


The Sri Lankans have arrived in Pakistan without almost all of their leading players including the likes of Kusal Perera, Angelo Mathews and Dimuth Karunaratne. Lahiru Thirimanne, who is leading the visiting team. Despite the fact that Sri Lanka have sent their second string for the series, the Pakistanis have opted to include almost all of their top players in the squad.

Karachi’s first ODI in more than a decade will also be the start of what will be the longest trip by an international team to Pakistan since 2009.