As many as 16 teams are to compete in the 2019 Model Soccer League which is all set to roll into action from tomorrow and will continue till 2nd October at Tehmash Khan Football Stadium in Peshawar. 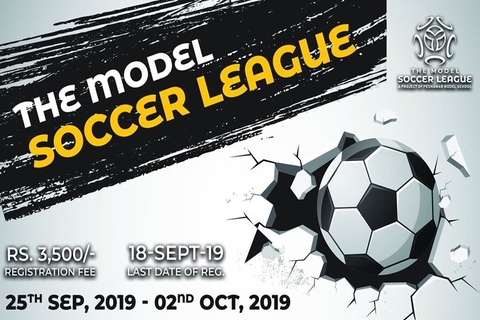 Peshawar Model Schools and The Model Cricket Academy jointly, are all set to hold a knockout tournament, into the current year which has officially been named as, " Model Soccer League". The event is scheduled to be held from 25th September to 2nd October at Tehmash Khan Stadium in Peshawar.

Following is the group division of teams 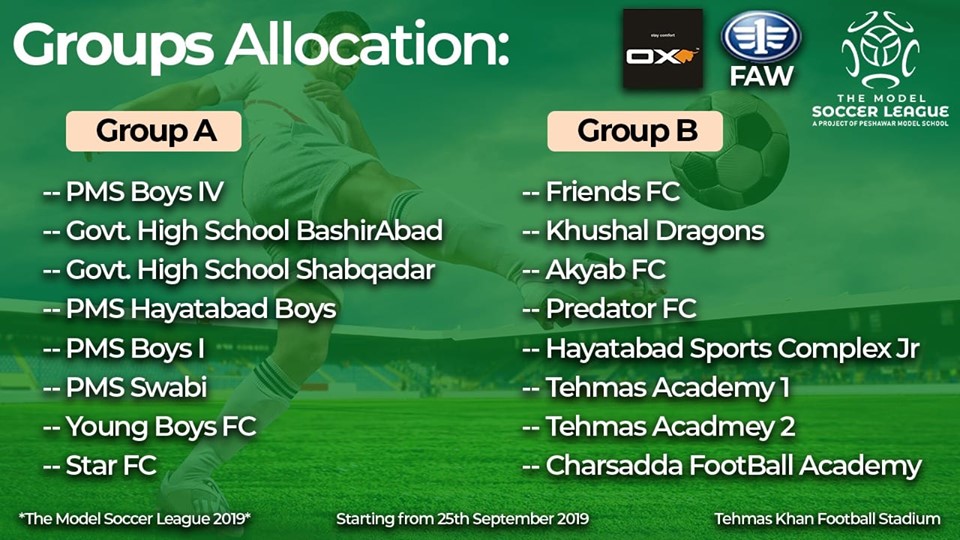 SCHEDULE FROM 25TH TO 28TH SEPTEMBER 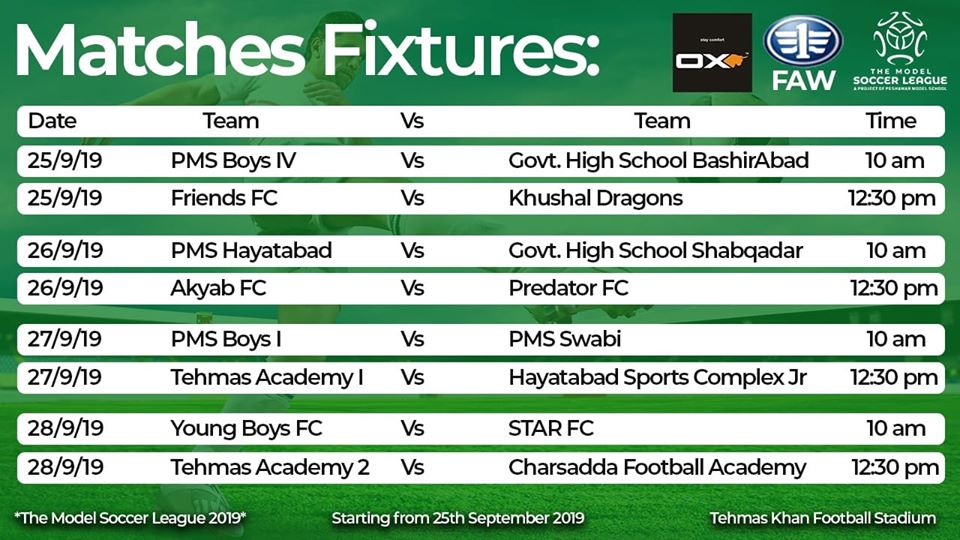 This tournament is offering attractive cash prizes for the winner and runner up teams with lots of fun alongside gaming and learning. For further queries, this given cell phone number can be contacted: 0314-9666026.