Pakistan Cricket Head Coach and Chief Selector, Misbah Ul Haq has named a 16 member squad for three ODIs against Sri Lanka which are to commence from 27th September till 2nd October in Karachi. 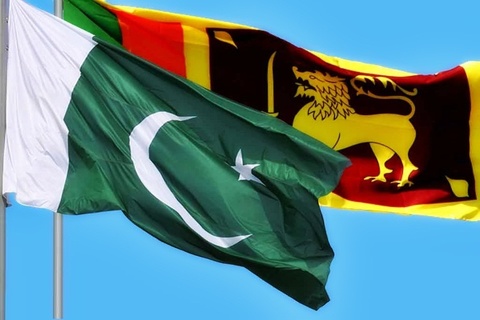 Pakistan-Sri Lanka Cricket Series (2019)      Gaddafi Stadium
Sri Lankan cricket team will arrive in Karachi on 25th September, where it will play three ODIs on September 27, 29 and October 02 against Pakistan for which Pakistan Cricket Head Coach and Chief Selector, Misbah Ul Haq has named a 16 member squad.
While Lahore will host three T20Is on October 05, 07 and 09 after which the visitors will fly back to home on 10th October. The Pakistani squad for the three T20Is against Sri Lanka in Lahore will be announced during the one-day series. Until then, the other players in the probables camp will continue to train at the  National Cricket Academy (NCA).
Abid Ali, Iftikhar Ahmed, Mohammad Nawaz, Mohammad Rizwan and Usman Shinwari have earned recalls. Hasan Ali misses out his place in the side due to a back spasm. He will undergo rehab at the National Cricket Academy (NCA) in Lahore.
SQUAD:
Sarfaraz Ahmed (Captain and Wicket-Keeper), Babar Azam, Abid Ali, Asif Ali, Fakhar Zaman, Haris Sohail, Mohammad Hasnain, Iftikhar Ahmed, Imad Wasim, Imam Ul Haq, Mohammad Amir, Mohammad Nawaz, Mohammad Rizwan (Wicket-Keeper), Shadab Khan, Usman Khan Shinwari, Wahab Riaz.
Misbah Ul Haq said,

“After thorough discussions with the members of the selection committee and meticulous planning, I feel we have put together the best possible squad. These are the only 50-over matches we play this season and we want to make their optimum use. Over the course of my cricketing career, I have realized there are no easy games and there are no easy opponents in cricket. But, a season-opening series is crucial for setting the tone. It is extremely important that we produce solid performances and have favorable results as it will build the confidence of our players and help in carrying the momentum Down Under.”

Hafeez and Malik, Misbah said, were going to remain in contention for the T20I squad in the lead up to next year’s T20 World Cup in Australia.