Opener Fawad Khan starred with a hurricane century and three wickets guiding Heroes CC to book a spot into the semi-finals of Medicam presents Paracha Exchange Royal Ramazan T20 Cricket Cup with a 53-run victory over Leopards CC at Al-Mansoora ground in Karachi. 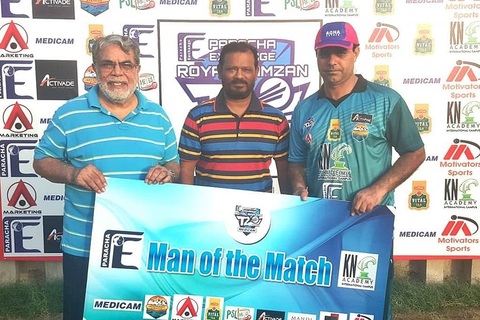 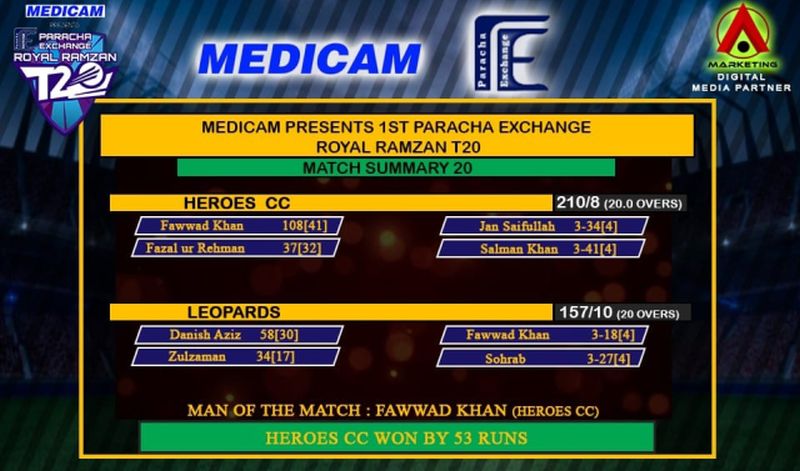 Royal Cricket Club in joint efforts with Medicam has organized the first ever, Royal Ramzan T20 Cricket Cup, into the current year and this tournament is featuring about a total of ten (10) teams belonging to several noticeable cricket clubs from all over the Karachi city.