Heroes CC claimed an easy win against Tango Cricket Academy by 92 runs in the most recent match played into 2019 Paracha Exchange Royal Ramzan T20 Cricket Cup which is being held at Al-Mansoora ground in Karachi. 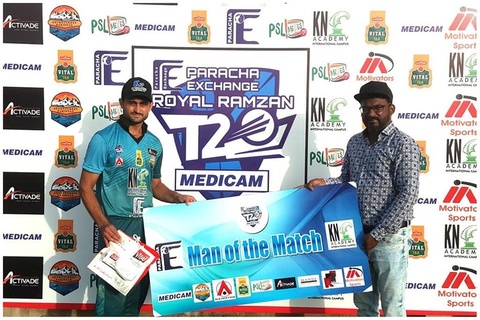 Muhammad Waseem was adjudged Man of the Match while Adventuresy Special Performance award went to Antum Khan and Umer Lohya.

Besides, Omar Colts and Eaton Cricket Club have qualified for the semi-final stage from group B.