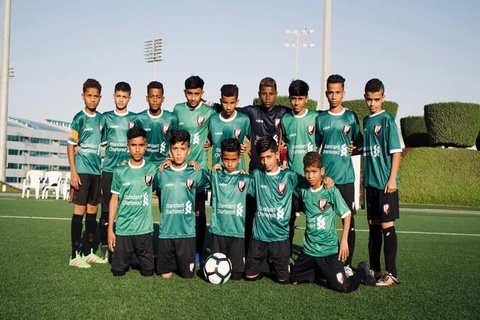 Karachi United Youth Academy won both the Under-11 and Under-12 series versus Aspire Football Academy of Qatar as the Pakistani team was furious to claim the victories and to make the country proud, the Under-12 boys completely dominated all of their four matches by winning the first one on 4-2, then the next two by 4-0 and the last match 5-3 on penalty shoots after a goalless draw. The U-12 team was headed by Shaikh Hamdan as their coach.

While the Under-11 team headed by Kareem Karai, faced a little of the ups and downs as the team first won their match by 4-1 but lost the next two of their games on 3-4 and penalties but in their final fixture, the team made a come back and showed splendid performance and took home the victory by 3-0 goals.

Karachi United team has also collected a win in China back in the year 2017 and also Pakistan National Under-15 Team that played the SAFF Cup 2018 who made it to the final of the tournament  after beating the arch rivals, India, also comprised of 5 current and 2 former Karachi United Academy players.

To this achievement of the players of Karachi United Youth Academy, Imran Ali, CEO and Director Youth and Alliances said that,"the trip was a fantastic learning experience for the 27 squad members hailing from KU Community Centers of Excellence. We want to thank Aspire for the invitation and their hospitality plus our partners Standard Chartered Pakistan and FUROR for their continued support."