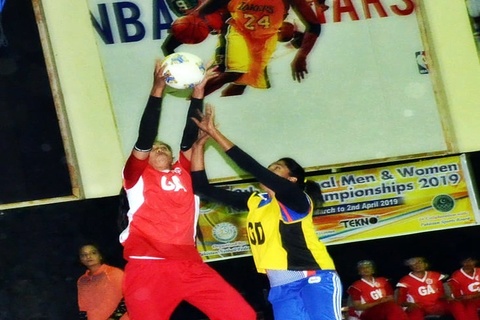 The women event's semi-final game saw Sindh convincingly earning the spot in the final as the team easily defeated Higher Education Commission (HEC) BY 20-10 score while in the second semi-final clash, Pakistan Army team booked its place in the final stage of the championship by claiming the victory over WAPDA team on a close call of 20-19 goals.

But in the Men's category, Pakistan WAPDA overpowered Sindh team completely by 42-24 and in the other semi-final encounter Pakistan Army stunningly won against Pakistan Navy on 43-16 score line.

Federal Secretary for Inter Provincial Coordination, Mr. Akbar Durrani will be the guest of honor who will witnessed the final winner being decided and at the end, will also award the high achievers with the trophies, medals and certificates.

The final of both men and women categories will be played today at Hameedi Hall in Pakistan Sports Complex, Islamabad.
The 18th edition of National Men and Women Netball Championship is being organized by Pakistan Netball Federation (PNF) in collaboration with Pakistan Sports Board (PSB) that is featuring a total of about 16 teams, players from which are seen battling against each other so as to earn the ultimate title of the championship.