The 2019 Ufone Football Cup has reached the Super Eight stage which will now be staged from 28 to 29 March at Mali Bagh Stadium in Quetta. 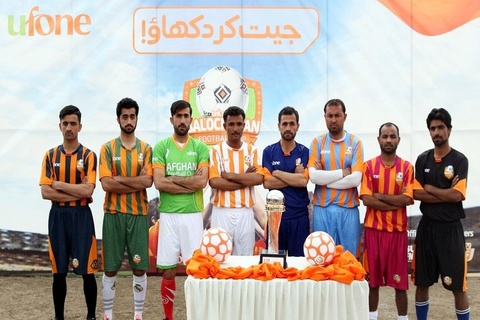 About a total of 48 teams took part in the third edition of Ufone Balochistan Football Cup which was being held in eight (8) different cities within the country listed for the conduction of the tournament. This event has now reached the Super Eight stage and now the matches will be conducted between the qualified teams from 28th March in Quetta.

The championship was launched in 2017 and the second edition was held in 2018, both times with the aim of developing football in Baluchistan. And this time,  as many as 720 young footballers participated in the tournament’s qualifiers and Ufone or Pak Telecom Mobile Limited are being the title sponsor of the tournament for the third time in row.

Following are the qualified teams:

The trophy of the third edition was unveiled at the Mali Bagh Stadium and to earn that trophy, the qualified teams will now battle for a place in the semi-finalswhich will be played under floodlights for the first time in the tournament’s history on 28th March. The final is scheduled for 29th March.