Softball Federation of Pakistan (SFP) Secretary General, Asif Azeem announced that the first Inter-City Softball League will be held this year in October at Karachi. 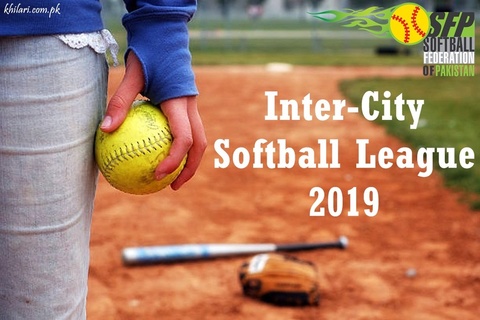 This mega softball action will feature a total of about five (5) teams belonging to the different provinces and cities of Pakistani which includes: Lahore, Islamabad, Peshawar, Quetta and host Karachi. Players from their respective teams will be seen in action during the championship so as to earn top honors in the championship.
It was also said that every team will have two foreign players in their side. Moreover, coaches and umpires from Dubai and Malaysia will also be invited.
On the other hand, Pakistan Day Junior Women Softball Championship 2019 has been organized by Sindh Softball Association (SSA) in collaboration with Sports for Life, Sindh Olympic Association (SOA) and DMC South.
SOA Secretary General, Ahmed Ali Rajput, SSA Secretary Zeeshan Merchant, Shahzad Talat Qazi, Mohammad Nasir, Murad Hussain were all the distinguish guests at the opening ceremony of this championship whi witnessed the first two matches played into the championship.
Asif Azeem added that this Inter-City League will prepare young players for international events. while in regard of the Pakistan Day Junior Women Softball Championship, such event will help find new and young talent.
Meanwhile, the first two matches of this championship were played between Karachi Angels, Karachi Dolphins, Karachi Queens and Karachi Pearls. The first match saw Karachi Angels claiming the win over Karachi Dolphins by two runs while the second clash witness Karachi Queens defeating Karachi Pearls by one run.