The 2019 Ufone Football Cup has reached the Super Eight stage with Panjgur FC from Panjgur and Jhalawan FC of Khuzdar booking their places as they won the city-level eliminators. 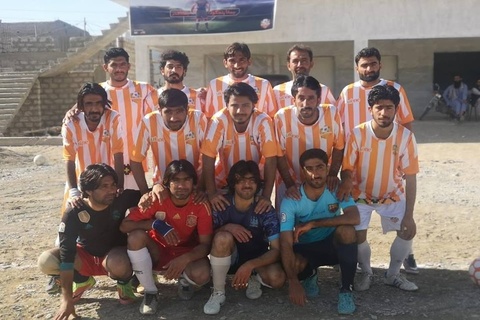 As many as 48 teams are taking part in the third edition of Ufone Balochistan Football Cup which is being held in eight (8) different cities within the country listed for the conduction of the tournament. This event has now reached the Super Eight stage where two football clubs have already qualified for the quarter-final stage of this tournament while two more winner came up winning the city-level eliminating levels namely; Panjgur and Jhalawan Football Clubs.

There were total 3 matches contested in Panjgur, in which the first match decided Baloch Moosa Jan FC the winner team as they defeated the opponents; Baba Saleem FC by 3-0. The second clash was a battle between Panjgur FC and Degree College in which, undoubtedly Panjgur FC emerged as the winning team by defeating the enemy team on a 4-1 score line and yet again in third match, Panjgur FC made Baloch Moosa Jan FC suffer the loss by just a difference of 1 goal between them.  Panjgur FC slotted two goals while  Baloch Moosa Jan FC team was able to manage only one goal for their side.

These two city winners will now join Bacha Khan Football Club Loralai and Shaheed Balach Football Club Nushki who have already qualified for the quarter-finals. The tournament will have the final played on 28th March, 2019.

There are a total of 720 young footballers belonging to 48 different teams who are participating in the tournament’s qualifiers and Ufone or Pak Telecom Mobile Limited are being the title sponsor of the tournament for the third time in row.