Today, Eliminator-2 is going to be played between Peshawar Zalmi vs Islamabad United at 7:00pm (PST) in National Stadium,Karachi. 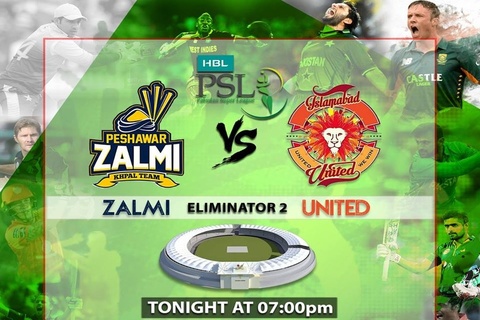