The 3rd Ufone Balochistan Football Cup kicked off with matches in Nushki and Loralai at two different venues; BRC College ground in Loralai and Nushki Football Stadium in Nushki. 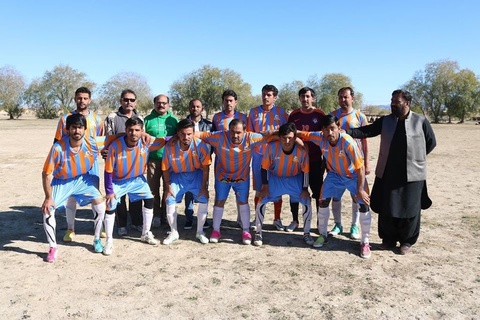 As many as 48 teams are taking part in the third edition of Ufone Balochistan Football Cup which will roll into action at two different cities out of the eight cities listed for the conduction of the tournament.

There are a total of 720 young footballers belonging to 48 different teams who are participating in the tournament’s qualifiers. Ufone or Pak Telecom Mobile Limited are being the title sponsor of the tournament for the third time in row.

There are total 8 matches played in the two cities from which 3 matches were conducted in Loralai and the remaining 5 were contested in Nushki. The first match was played between BRC College and Degree College in which BRC College team's players marked the very first win of the tournament on a close call of 1-0. While the other two matches saw Bacha Khan Football Club and BRC College being victorious by defeating their opponents on 2-1 and 2-0 score line respectively.

The 5 matches played in the city Nuskhi witnessed the wins of four teams namely, DFA, Khalid Asfand, Shaheed Ballach, Nushki Football Clubs. Among these four matches, the most thrilling match as well as the win came from the first match played between DFA Football Club and Azam Jan Football Club as the score line stood 5-4. DFA is currently the only club to slot the most goals into the tournament. While the second match also saw 4-2 being the last score line when the whistle blew at the end, this match has Khalid Asfand and Nushki FCs. The third match had Shaheed Ballach FC and Ghaffar Asghar FC battling fr the win in which players from Shahdeed Ballach Football Club came out to name the match to their side finishing it on 1-0.