Peshawar Youth won on a close call over Shinwari Stori by 1-0 in the second semi-final match played into Tabdeeli Football Cup 2018/19 which is being held at Tehmash Khan Football Stadium in Peshawar. 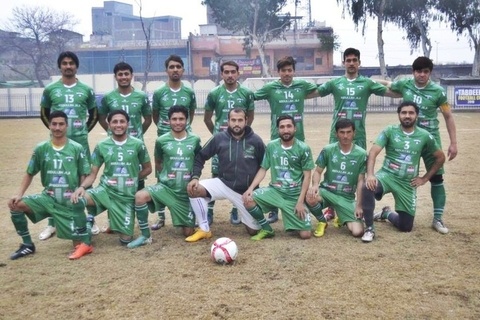 Peshawar Youth men made quite a comeback and stunned the leading Shiwari Stori team when they finally were able to beat them on a close call of 1-0 in the second semi-final match played yesterday.

Although it is a narrow margin win but for Peshawar Youth it saved them the spot in the final of the cup but just when the winning team's players were starting to celebrate, the defending champions is having objection on the only goal conceded by the opponent team to which the match referee and match supervisors were not able to come to a final decision thus it was delayed to be decided today at 04:00 PM.
Tabdeeli Football Cup 2018/19 is being organized by FATA Olympic Association along with the Government of Khyber Pakhtunkhwa. This tournament is featuring a total of 13 teams from which players belonging to their respective categories are seen competing with their best foot skills against each other.
The participating teams are namely stated below:
1. Shinwari Stoore
2. Shams Green
3. DC Khyber Green
4. Young Stars Bajaur
5. Hayatabad Champions
6. Peshawar Youth Stars
7. DC Khyber White
8. DC Khyber Blues
9. PK-72 Tiger
10. PA North Waziristan
11. Kurram Shaheen
12. Islamia University
13. Jungle Khel Kohat