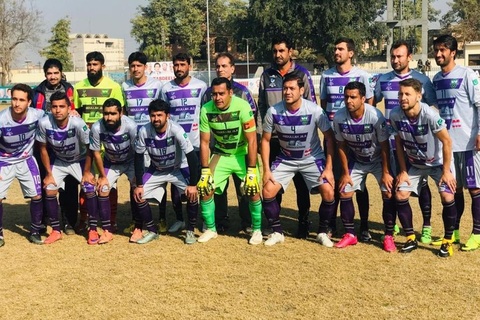 The Strong Jungle Khel Kohat team fought hard to earn place in the quarter final stage of the league to which DC Kyber Blues side came up short against them as Muhammad Riaz put the team ahead in the very first minute netting a perfect goal to which Mansoor further enhanced their lead in the 6th minute making it a 2-0 score line.

At the 13th minute the winning team was awarded with a penalty shoot from which Muhammad Rasool took advantage and slotted the ball right into the opposite goal post and at half time they were leading the match on 4-0 as Muhammad Riaz scored again in the 35th minute.

In the second half as well Jungle Khel Kohat boys kept tight grip on the game and added goals one by one to earn a 9-0 victory making their place into the quarterfinal of the league.

DC Kyber Blues was threatened by Jungle Khel Kohat players throughout the match as the players did not allow them to come close to their goal post despite them having a handful of chances.
In the other encounter, Peshawar Youth remained in control and turned the tide in their favor by slamming the solitary goal which earned them  the victoy as well as a place in the quarterfinal of the league. Despite the slimmer margin of victory, the game petered out in a low-key style with Peshawar Youth's stunning win over Kuram Shaheen team.
Following are the top teams that qualified to quarterfinals of the league: 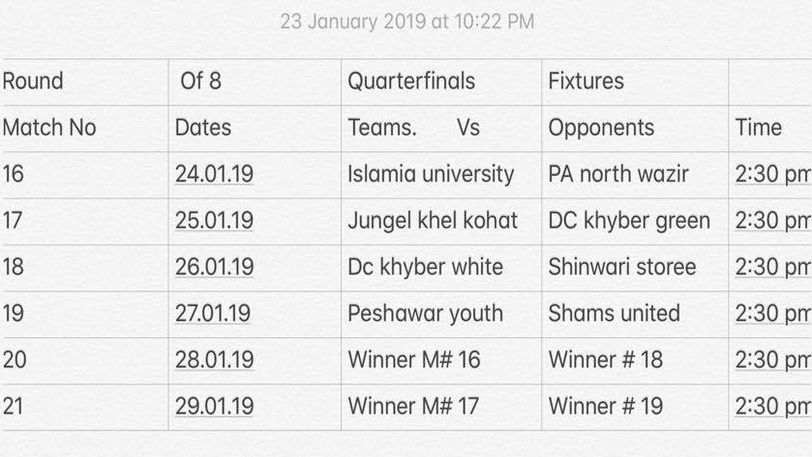